Hosea and Kevin travel to the area of Murang'a, Kenya. This is the first of two parts.


Hosea and Kevin travel to the Murang'a area of Kenya. This is the last of 2 parts.

Hosea and Kevin travel to a Rendille village and then to the area of the Samburu people. In both locations, they learn about the respective cultures..... meeting new people and having some fun.
サンブール地方ですね。
ここでの、マサイ族は、サンブールマサイになります。
暑い気候のこのサンブールでは、男性は、腰にキコイ（布）を巻いてますね。


Hosea and Kevin travel to a Rendille village in Northern Kenya to meet the people.

Hosea and Kevin travel to the shores of Lake Victoria to visit the village of Homa Lime and Homa Bay town in Kenya. This is the 1st of 3 parts.


Hosea and Kevin visit the village of Homa Lime and the town of Homa Bay on the shores of Lake Victoria in Kenya. In this part (2) of episode 2, Mary Lieta shows us around her village of Homa Lime.
学校の制服を制作していますね。この古いミシン、ここケニアでは、このように、顕在です。
ケニアにいる日本人の私たちも、このようなテーラーにて、オーダーメイドでアフリカン・ドレスを作ったりしてもらいますよ。

Hosea and Kevin travel to the village of Homa Lime and the town of Homa Bay on the shores of Lake Victoria in South Nyanza, Kenya. In this last part of episode 2, Kevin takes a boat from Homa Lime across the lake to Homa Bay where Hosea buys some fish.
ビクトリア湖
小魚のオメナを採って、洗ってている横で、服を洗濯してたり～～～～
ナイルパーチも採れますね。

General exhibition
Over the years 35-year-old truck driver Don Pedro and his paraplegic business partner have devised an elaborate, nifty but also illegal system whereby they smuggle African refugees to Europe. Jackie, a young Nigerian woman, is on the run across the Sahara going north, her school-age son Theo at her side. Their destination is Geneva. At the border between Africa and Europe, they meet for the first time. Pedro successfully carries the two passengers to Europe and falls in love with Jackie along the way. But the longer the trip the more complicated and desperate the situation becomes for Don Pedro.Watch trailer

General Exhibition
Umay lives together with her husband, Kemal, and their son, Cem, in a suburb of the Turkish metropolis, Istanbul. Kemal’s regular and violent out-bursts are directed at his wife and his son. Umay develops a tremendous yearning for her hometown, Berlin, and longs to be back with her parents. In desperation, and torn between traditional and modern lifestyles, Umay packs her things and runs away from her life in Istanbul and her marriage. A multi-layered and poignant portrait of a family, far removed from the typical clichés.Watch trailer
Winner of the LUX 2010 European Parliament Film Prize and German Film Critics 2010 award for Best Film, Best Feature Film Debut, Best Script, Best Actress, Best Camera, Best Cut, and Best Music

16 yrs and above
France, 1562. Against a background of the savage Catholic/Protestant wars, Marie de Mézières, a beautiful young aristocrat, and the rakish Henri de Guise fall in love, but Marie’s father has promised her hand in marriage to the Prince of Montpensier. When he is called away to battle, her husband leaves her in the care of Count Chabannes, an aging nobleman. As he experiences his own forbidden desire for Marie, Chabannes must also protect her from the dangerously corrupt court dominated by Catherine de Medici. The film is a moving tale of the terrible conflict between duty and passion. Watch trailer

16 yrs and above
An emotional drama about forbidden romance, Nazi brutality and wartime courage. Adapted by director Maria Peters from a bestseller by Annejet van der Zihl, this is the unlikely tale of Rika, a middle-class Dutch wife and mother of four, and Waldemar, a black immigrant from Surinam who’s 17 years her junior. Against all the odds—and under the pitiless gaze of stern, prewar Dutch society—they fall in love, have a child out of wedlock and try to navigate the terrors of World War II in occupied Holland. None of this seems remotely possible, but it’s based on a true story.Watch trailer
Awarded Special Recognition at the 2011 Stony Brook Film Festival and nominated for Best Actress, Best Cinematography and Best Music at the 2011 Nederland Film Festival 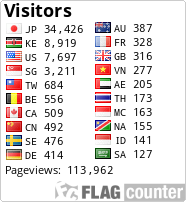